During a road trip, a group of friends decide to make a pit stop at an abandoned lot. While exploring the area, they see this on an old fence; 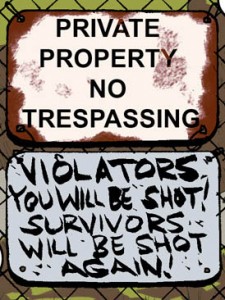 Of course, they don’t take the signs seriously, so they crawl under the fence. Unfortunately for them, what is going on behind the fence is far bigger and sinister than their own personal problems… FFO monster movies, sci-fi and body horror.

Gehenna: Death Valley is available at the following locations;

The Dragon (55 Wyndham St. N.–located in the Old Quebec Street Shoppes–Guelph, ON)

A young woman dies under mysterious circumstances at the popular Wormhole Club. Mateo Myer’s patient, who was there on the night she died, claims that she was murdered, by a woman who the internet has dubbed, “Vorticia Vortex”. 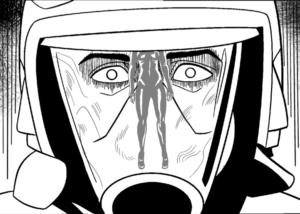 Who is she? Does she even exist? Why is the internet so obsessed with her? While dealing with his estranged family, psychologist Mateo Myer investigates the new creepypasta entity that’s crossing over into the physical world.

Edited by Drena Jo and lettered by Sam Noir

Collection of art from various artists, inspired by Bram Stoker’s DRACULA. Available to the Dracula: Visions Kickstarter Backers (I’ll post something if that changes!).

Cadaverific! is a story about the accidental resurrection of Corey Bowman, who is the central character of the series. Before the untimely death, Corey’s cousin, J.P. Bowman, inherited a mysterious talisman from the crazy guy at the Army Surplus Store – the infamous Monkey Paw. In the presence of the Paw, J.P. wishes;

“…that Corey wasn’t dead…that he wasn’t buried in that cemetery…that he’d be there with us, in once piece…and without that broken neck.”

The next morning, Corey’s body is missing. 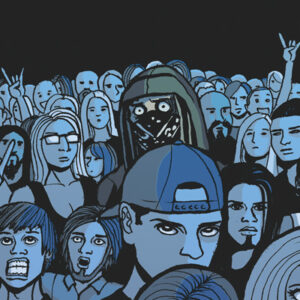 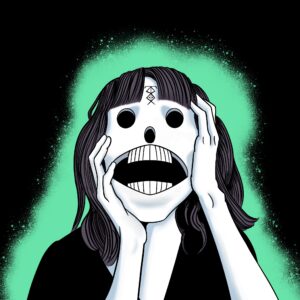 Becka is an award winning freelance artist and comic creator based in Southwestern Ontario, Canada. She started out colour flatting for various comic book artists, and in her spare time she would create her horror and darkly inclined comics and art. Best known for Gehenna: Death Valley and Dracula: Visions by Slampress Tomes, which were successfully crowdfunded on Kickstarter.

Feel free to browse through the Gallery too, if you like! 🙂

For commissions, please send Becka a message via the Contact page, or a DM through her social channels (@the_becka, or @the.becka). Thanks for stopping by!

You can find out more about which cookies we are using or switch them off in settings.

This website uses cookies so that we can provide you with the best user experience possible. Cookie information is stored in your browser and performs functions such as recognising you when you return to our website and helping our team to understand which sections of the website you find most interesting and useful.

Strictly Necessary Cookie should be enabled at all times so that we can save your preferences for cookie settings.

If you disable this cookie, we will not be able to save your preferences. This means that every time you visit this website you will need to enable or disable cookies again.